Why in the Queer Hell Is Trump Selling Pride T-Shirts?

Buy now and get 20% off! Donald Trump has never declared June Pride month during his presidency, but he will sell you a rainbow shirt, anyway.

The shirt, which allows you to “show your pride and your support for Trump,” sports a watercolor design rainbow pride flag. (It isn’t a new design, either: One reporter pointed it out last October.) “LGBTQ for Trump,” it reads in big white letters. The back has the Trump-Pence campaign logo with the now-infamous “Make America Great Again.” The “Trump Pride Tee” is “proudly made in the USA.” The shirt, oddly, does not come in youth sizes.

Trump Make America Great Again Committee Yep, this is real.
Right now, you can get the $30 tee for just $24. Shipping will set you back another $7, but ‘tis the season to show your colors, so don’t hold back.
Click to expand... 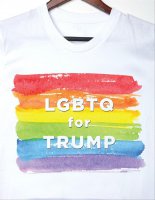 gosub said:
I assumed he was full cunt.
Click to expand...

spring-peeper said:
Why in the Queer Hell Is Trump Selling Pride T-Shirts?

To make a few bucks?

Anyone travelled to the US lately?

U.S. Customs and Border Protection has confirmed a data breach has exposed the photos of travelers and vehicles traveling in and out of the United States.

The photos were transferred to a subcontractor’s network and later stolen through a “malicious cyberattack,” a CBP spokesperson told TechCrunch in an email.
Click to expand...

spring-peeper said:
Why in the Queer Hell Is Trump Selling Pride T-Shirts? 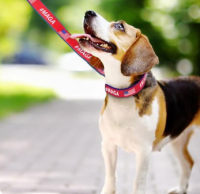 "A MAGA leash? Forget about the 'best friend' thing..."

President Trump told aides to deny that his internal polling showed him trailing former Vice President Joe Biden in key states, according to a new report from The New York Times.

Later, when the polling in 17 states conducted by Tony Fabrizio leaked, Trump told aides to tell reporters that other data showed him doing better, according to the Times story written by Annie Karni and Maggie Haberman.

The polling reportedly showed Trump behind Biden in a number of the states he needs to take to win reelection, though the Times report did not identify them.
Click to expand...

In a national head-to-head matchup, the poll found Biden taking 53 percent against 40 percent for Trump, with the poll's assistant director describing it as a "landslide" margin.

Five other Democratic contenders also lead the president: Sens. Bernie Sanders (I-Vt.), Kamala Harris (D-Calif.) and Elizabeth Warren (D-Mass.) hold healthy leads over Trump, with Sanders up by 9 points, Harris ahead by 8 and Warren leading by 7.

Over the past several weeks, Trump has faced criticism for his past business dealings and has quarreled with Republican leaders over his rejection of international trade agreements and his promises to crack down on immigration.
Click to expand...

3 years ago, the poll choices were Trump, Hillary or neither.
The new poll listed all the names of all candidates.

I don't think the polls are the same.

I wonder if this is just a communication tactic. We’ve had a few ministers walking into number 10 with policy documents on display.

Couples of stories about borders and immigration:

n Arizona, a case against a humanitarian aid volunteer who provided food, water and shelter to undocumented migrants ended in a mistrial Tuesday after a deadlocked jury was unable to deliver a verdict. Scott Warren, from the groups No More Deaths and Ajo Samaritans, faced up to 20 years in prison after being charged with two counts of felony harboring and one count of felony conspiracy. Eight jurors found Scott Warren not guilty; four said he was guilty. Prosecutors have declined to comment on whether they would seek a retrial against Warren. This is Scott Warren speaking to supporters and the press after yesterday’s mistrial.

Scott Warren: “Since my arrest in January of 2018, at least 88 bodies were recovered from the Ajo Corridor of the Arizona desert. We know that’s a minimum number and that many more are out there and have not been found. The government’s plan in the midst of this humanitarian crisis? Policies to target undocumented people, refugees and their families; prosecutions to criminalize humanitarian aid, kindness and solidarity; and now, where I live, the revelation that they will build an enormous and expensive wall across a vast stretch of southwestern Arizona’s unbroken Sonoran Desert.”
Click to expand...

Found under the heading "we just don't learn do we?":

The Trump Administration has opted to use an Army base in Oklahoma to hold growing numbers of immigrant children in its custody after running out of room at government shelters.

Fort Sill, an 150-year-old installation once used as an internment camp for Japanese-Americans during World War II, has been selected to detain 1,400 children until they can be given to an adult relative, according to the U.S. Department of Health and Human Services.
Click to expand...

This administration has done everything they can to cause chaos and suffering at the border and then tried to criminalize anyone trying to make the situation better. Fuck these genocidal fucks.

Yuwipi Woman said:
This administration has done everything they can to cause chaos and suffering
Click to expand...

You don't need "At the border".

Ah, he's been chatting with aquaman 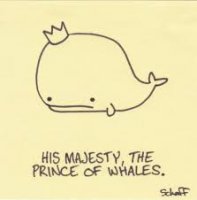 Climbing up the aerial

If only we could meet him "In the belly of a whale".

friedaweed said:
If only we could meet him "In the belly of a whale".

rather send him to Swansea on a Friday night

I know so many terrible things are coming from the Trump/GOP leadership, and some of the vilest relate to the treatment of asylum seekers. This thread is from a volunteer legal advocate who's seen what happens first hand. It describes conditions that would send people petitioning the government to stop if it were dogs, but it's happening to human beings that The Trump/GOP have been dehumanising for the past three years. It also describes an important policy change that's coming - to shift responsibility for these people to the Department of Defense, where they can ban volunteers, the media, health and welfare workers, even politicians on the grounds of "national security." If they are brutalising people like this while being watched, we can only imagine what they will do to them when there is no one to see it. Fuck me, this is ghastly. Going to copy and paste below as twitter threads may get missed.

Just a reminder . . . they're at 7 with preparations underway for 8. 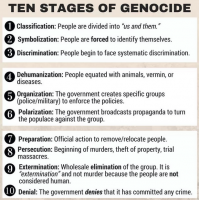 Just how many blocks away was Mueller's facepalm heard on listening to the orange ones TV confession , sorry ,TV interview ,?

EXCLUSIVE: Trump says he would listen if foreigners offered dirt on opponents

Trump's pretty much invited interference from other countries. Again.

Trump compares Melania to Jackie Kennedy: 'We have our own Jackie O'

Trump made the comparison between his wife and the iconic first lady when defending his decision to paint the new Air Force One red, white and blue, replacing the baby blue color scheme picked by Kennedy Onassis in the 1960s.

“It was Jackie O and that’s good. But we have our own Jackie O today, it’s called Melania. Melania. We’ll call it Melania T, OK?” Trump said during an phone interview on “Fox & Friends.”

The president said the first lady is a big hit among his supporters, in part because of how she dresses.

“When I go speak in big crowds — we have tremendous crowds and so many people are holding up banners, you know, ‘we love our first lady,’ ‘we love high heels,’” Trump said.

A 2014 Siena poll of historians and scholars found that Kennedy Onassis was ranked the third best first lady in history, behind Eleanor Roosevelt and Abigail Adams.

Melania Trump’s approval ratings have hovered in the mid-to-high 40s, according to recent polls.
Click to expand...