Tottenham v Man City in the Premier League this season.

Got to hand it to the Spurs players versatility Last season under Pochettino they were playing high pressing , fluid attacking football now they've quickly adapted to defend deep hope the other team dont score and we might get them on the counter attack football by numbers under Mourinho.

It's the Spurs way, come up with the goods when you least expect, raising ones hopes but failing to take advantage by losing to other teams you would expect them to beat… * cough * revisits this post after they've played Aston Villa…
S

Who would make the better Bond villain, Mourinho or Levy? 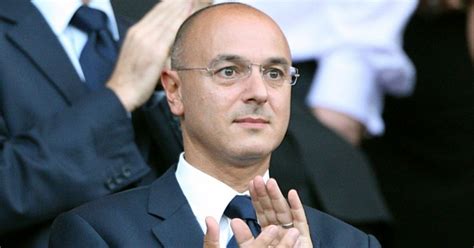 Am tipping Spurs for 4th place this year

Spurs on a good run and at home against a Southampton side that just got beaten 4-0.

Lo Celso and Lamela both out is not ideal
C

Just in from the game. We were v lucky. Southampton didn’t deserve to lose. In fact should’ve won.

Their fans in big numbers and good voice.

Jose might have got it wrong with the formation but sorted it out and won the game with his subs. Gedson and Dele finding lots of space.

N’Dombele looks knackered from the off. Exciting with the ball st his feet but just can’t get around the pitch. Think we might have a problem on our hands there. Hope not.

Jan looks finished at this level. Cut a dejected figure when subbed. Not angry, more the emotion of realising that time might be against him.

Son is going through a terrible patch at the moment, yet still seems to score regularly.

Young Japhet continues to get game time and experience. Biggest compliment I can pay him is that he looks like he’s been playing for 100 games, not a handful.

Soton were impressive though. Flat back 4, two holding midfielders and clearly a brief to move the ball quickly from back to front, on the deck. Redmond, Long and Ings caused problems all night. Their second waa well worked and a worthy winner.

We may be riding our luck atm but of course I’ll take it.,Norwich at home in the 5th round next

What is happening with Deli after his Corona Virus banter?

The FA's guidelines around media comments and social media posts remind participants that it will consider charges under Rule E3 if it is felt that someone has acted in an improper manner or brings the game into disrepute.

It would be considered an aggravated breach if a comment or social media post, whether explicitly or implicitly, makes reference to ethnic origin, colour, race, nationality, religion or belief, gender, gender reassignment, sexual orientation or disability.
Click to expand...

There is no current Premier League player who has made more errors leading to goals than Hugo Lloris since he signed for Tottenham in 2012.
Click to expand...

With Man City getting a ban from the CL looks like the 5th spot will get into the CL so let the battle between Spurs and Sheffield United commence.
P

The39thStep said:
With Man City getting a ban from the CL looks like the 5th spot will get into the CL so let the battle between Spurs and Sheffield United commence.
Click to expand...

Subject to appeal so don’t hold your breath.

Badgers said:
Lo Celso and Lamela both out is not ideal
Click to expand...

stavros said:
Who would make the better Bond villain, Mourinho or Levy?

Alli repeatedly disappointed yet again v Villa.
Really hope he gets sold before next season

I thought Son was pretty poor too. Scored two goals but one was off a botched penalty and the other a defensive gift!

That said Spurs still seem to be slowing and unconvincingly heading towards the CL qualifying spots.

Engels...failed to capitalise the situation
C

BCBlues said:
Engels...failed to capitalise the situation
Click to expand...

For what’s its worth, yesterdays game was a strange one - Villa wide open; Spurs hesitant and slightly weak at the back; chances galore; Dele and Son could’ve had 8 between them. However, we all know the pain of conceding in the last minute but when that happens to your team then it puts you on top of the fucking world!!

Could be dropping down to earth with a bang on Wednesday night and again on Saturday at the Bridge, so I’ll enjoy it for now...
S

Badgers said:
I thought Son was pretty poor too. Scored two goals but one was off a botched penalty and the other a defensive gift!
Click to expand...

You were very fortunate, because you should've been out of sight. Dele, Son and Moura all dallied on the ball when through before deciding to neither shoot nor pass properly. He may not be as quick as them, but you know that Kane would've tested the keeper at every opportunity.
C

Kane would’ve had a first half hatrick
C

Son out for the foreseeable with a broken arm - sustained one minute into the game vs Villa.

Cerberus said:
Son out for the foreseeable with a broken arm - sustained one minute into the game vs Villa.

Time for Lucas Moura to step up.
It'll be fine

Greavsie, which premieres on Wednesday 18 February at 10.30pm on BT Sport 2, tells the tale of one of England’s greatest sporting icons and most beloved broadcasters.

ska invita said:
Time for Lucas Moura to step up.
It'll be fine