His main threat to peoples health is if he corners you anorak does not even begin to cover it.

10,000 rounds sounds a lot but with with several diffrent calibres thats only a 1000 rounds a weapon which is a serious day out at a range with a semi automatic

Pickman's model said:
This young man must be an avid collector
Click to expand...

Not a house elf a tiger

Pickman's model said:
This young man must be an avid collector
Click to expand...

He might well be, that's also a serious amount of cash for such a stockpile even if they are the cheapest guns you can buy.

The problem isn't going away any time soon because the political right and massive profits won't allow it.
It hardly matters how many people are murdered and won't until US politicians are no longer allowed to take bribes from interest groups.

Added. Everyone knows mass gun ownership is way wrong but well bribed politicians won't do shit.
The whole thing can be sorted with one bill, that banning bribes to elected officials, but way too many of them have their snouts stuck in for that to happen

At this point its the culture as well half of americans own guns but a lot of gun owners own a lot of guns.

Theres some very strange bloke on utube cycling about with a full size loaded ar15 on his back! To try to reassure people everyone carrying a loaded semi automatic rifle isnt a mass shooter!

Not a house elf a tiger

Just more expensive. Knew someone who worked for accuracy international they make sniper rifles. Cost thousands of dollars for complete systems. They would sell some to Americans that would never be fired.
President Obama was their best salesman unlimited overtime after he was elected.
C

UnderAnOpenSky said:
Something I can sadly relate to. Not the owning weapons that can kill people, but having something that's perfectly functional and yet desiring another similar one.

Indeed, UAOS, your puffer collection must be eye-watering.

I have a bit of a plant thing going on - over 100 massive rambler roses has turned my allotment into an impassable jungle. And salvias. And umbellifers. And hellebores. And tulipa.
Yeah, I get the collection thing. Harmless though...even to my minuscule bank balance.

So arming teachers turns out to have some flaws.
Although as man enters school with ar 15 isnt in the same league as zombine invasion and school cant afford an armed guard 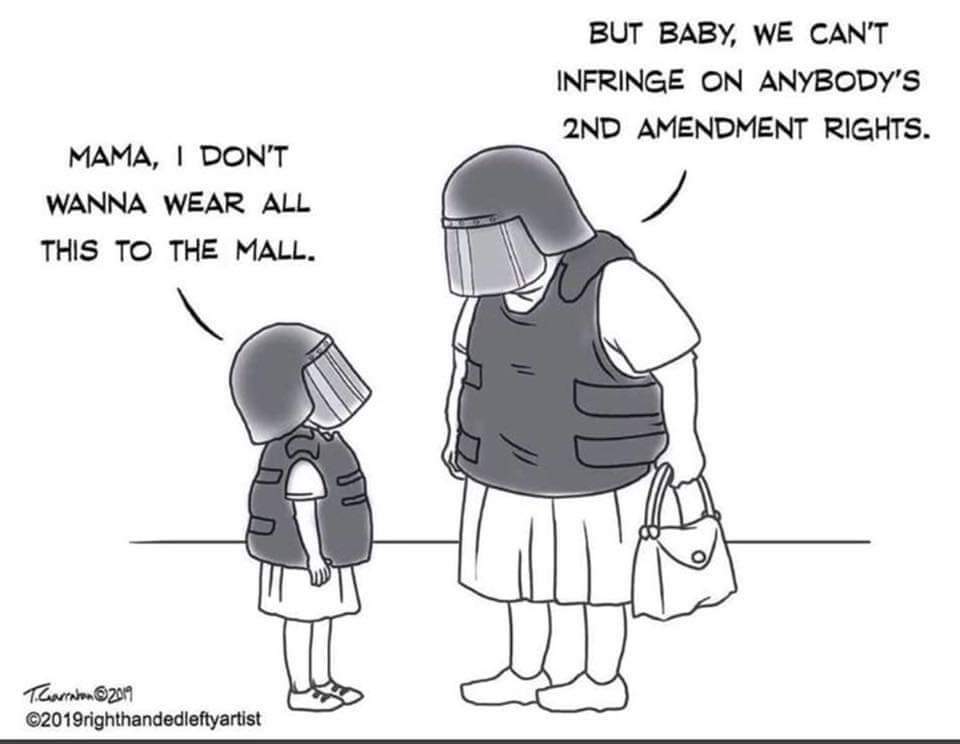 President Trump spent at least 30 minutes on the phone Tuesday with Wayne LaPierre, the chief executive of the National Rifle Association, the latest conversation in an aggressive campaign by gun rights advocates to influence the White House in the weeks since the back-to-back mass shootings in Texas and Ohio.

The call ended the way that Mr. LaPierre had hoped it would: with Mr. Trump espousing N.R.A. talking points in the Oval Office and warning of the radical steps he said Democrats wanted to take in violation of the Second Amendment.

N.R.A. Gets Results in One Phone Call With the President 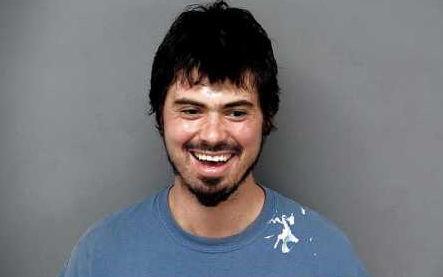 "This year marked the 20th anniversary of the attack on Columbine High School in which 12 students and one teacher were killed by teenage gunmen. Groner told police he "could do better" and kill more people."

waiting for the "i was just kidding" excuse
P

Not mass shootings but I was reading about Alvin Kennard, recently approved for release after being sentenced to life imprisonment in Alabama in 1983 for stealing $50. On the Birmingham, AL, news page, it's just gun death after gun death, for just one day's news. Kids being shot, mentally ill being shot by cops...Just another day in Birmingham.

Somebody after all, had to make a start

...and yet another one in progress in texas, 20 shot so far

At least 30 people have been shot in Odessa, Texas following an active shooter situation at a Home Depot store.

The gunmen fled the scene in a gold-white toyota truck and a postal van, and are reportedly opening fire as they drive.

A police statement said: "We believe there are two shooters in two separate vehicles. One suspect is believed to be at the Cinergy in Midland and the other is believed to be driving on Loop 250 in Midland. The two vehicles in question are: gold/white small Toyota truck and a USPS Postal Van. Please stay away from these areas and stay indoors."
Click to expand...

And another possibly underway

Police in Midland, Texas said on Saturday two gunmen were at large after a reported shooting at a branch of the Home Depot hardware store in Odessa.

Local and national media reported the Texas Department of Public Safety said several people including an officer had been shot. The University of Texas of the Permian Basin was on lockdown.

In a first post on its Facebook page on Saturday afternoon, the Midland police department noted reports of “an active shooter” at the Home Depot in Odessa and said: “For the safety of the public and law enforcement please stay away from the area and stay in your homes. We will update will more information as soon as possible.”
Click to expand...

Texas shooting: At least 20 shot as two gunmen 'fire at random from vehicles'

At least 22 people have been shot and two killed in Odessa, Texas after two gumen fired on a home depot store, before driving away and

The gunmen fled the scene in a gold-white toyota truck and a postal van, and are reportedly opening fire as they drive.

The mayor of Odessa Jerry Morales said "They are shooting at random,”, according to reports from The New York Times. He added: “We have two fatalities and up to 20 injuries.”
Click to expand...

Texas shooting: At least 20 shot as two gunmen 'fire at random from vehicles'

Looks like we all got tweets at the same time. Lets hope it stays a 30.

And another last night:

Ten teenagers were injured Friday night during a shooting at a high school football game in Mobile, Alabama, according to local police.

Local news outlet WPMI reported that all victims were listed in police reports as injured. According to the Associated Press, at least six of the injured had been shot, and one appears to have had a seizure after the shooting began.

Five victims are in critical condition, but their injuries are not life-threatening, according to Steven Millhouse, a spokesperson for the Mobile Fire-Rescue Department. The victims range in age from 15 to 18, according to Battiste.
Click to expand...

What we know about the Mobile, AL high school football game shooting

a genuine importer of owls

Apparently they've shot and killed one of the blokes (if there was more than one) for the Texas thing.

agricola said:
Apparently they've shot and killed one of the blokes (if there was more than one) for the Texas thing.
Click to expand...

Seeing at least five dead from the BBC

The chief of the Odessa Police Department, Michael Gerke, said the motive was not known, but that the attack had begun as a traffic stop. He added that there had been reports of a second gunman but that they were not confirmed, and attributed the sightings to the chaotic situation.

This shit is so depressing. If there was any justice in the world, the NRA and Trump would be in the dock for allowing this to keep on happening.

editor said:
This shit is so depressing. If there was any justice in the world, the NRA and Trump would be in the dock for allowing this to keep on happening.
Click to expand...

It’s just tedious now. I’m jaded with the subject. I was horrified with Columbine but it’s just business as usual now. Guess a lot of the US really love guns. I remember one of the bereaved fathers from Sandy Hook talking about gun control shortly after the tragedy. This shit must be a slap in the face to him every time history repeats itself.

How do I change this 'custom title' thing then? 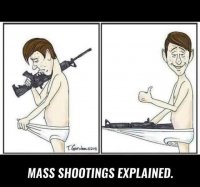 Texas death toll up to 8 I read (over someones shoulder) this morning.

.
Its everyones right for self-defense and it prevents a tyrannical goverment

Ming said:
It’s just tedious now. I’m jaded with the subject. I was horrified with Columbine but it’s just business as usual now. Guess a lot of the US really love guns. I remember one of the bereaved fathers from Sandy Hook talking about gun control shortly after the tragedy. This shit must be a slap in the face to him every time history repeats itself.
Click to expand...

After the Sandy Hook shootings I realized that nothing was ever going to happen on that front. Not because we tolerated little children getting shot, but because we tolerated little kids getting shot and tolerated their parents having to move seven times in the years since because of death threats and harassment. Anyone who would harass and threaten parents after a loss like that isn't even close to rational any more. There's something really sick going on in the culture right now.