Never seen this footage before:

Bowie mural in Brixton on the weekend 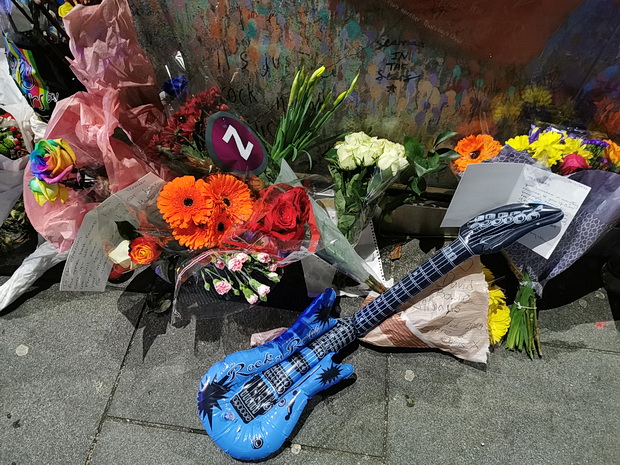 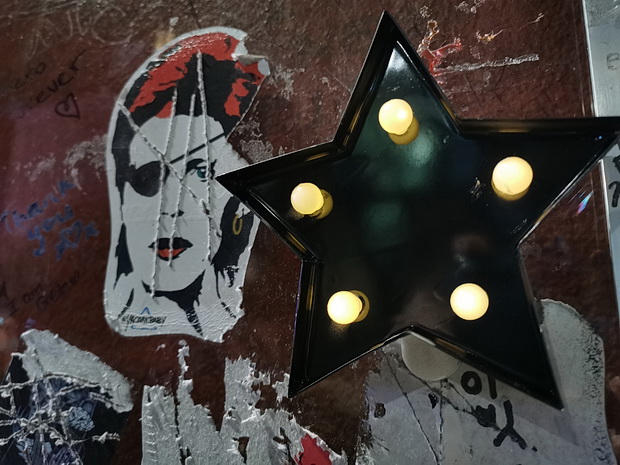 Fascinating article here: David Bowie's Warsaw: How Warszawa Came to Be via @fotostrasse

This came up on FB and it made me wonder how many other artists of a similar age go out on such an immense career high?

2016 – David Bowie reached #1 on the US album charts for the first time with Blackstar, released two days before his death on January 10th. His highest-charting US album previously had been The Next Day, which peaked at #2 in 2013.
Click to expand...

I'm not sure what t make of this - I'm really not a fan of cover acts - but musically the band are bloody superb, as it's not an easy piece to play at all.

And the female singer is unexpected.

I'm struggling to think of any other comparable artist who went out on such an incredible high, which it makes his premature death all the sadder...

I still can't listen to it. When I try, it hurts too much.

Noel Gallagher usually gives good interviews, and this one is very funny:

When you listen to Bowie's music, what are the songs about? "Life on Mars" is not about pondering whether there's fucking life on Mars. Nobody knows what it's about. I think that's why Bowie was such a special artist. You're forced into listening to it on your own terms – unlike other artists, like Roger Waters for instance, who's very quick to fucking hit you over the head with what the song's about, so much that you listen to it, and you think, "It doesn't mean anything to me anymore, because you fucking told me what it's about already." With this song, "Fashion," is it about fashion? I would fucking doubt it very much. Some of the lyrics – "We're the goon squad, and we're coming to town! Beep-beep!" You go, "What? What?" That's not about fucking scarves and shoes, is it? It can't be.

But "Fashion" is a great title for a song. It's one of those Bowie songs that doesn't really have a chorus, but it's all a chorus, you know what I mean? It must have been awful to have been one of his contemporaries in the late Seventies going into the Eighties, thinking, "Wow, I've done something really great here," and then every single Bowie put out would be fuckin' better than the last one.
Click to expand...

I didn't know this until a couple of days ago, but this song was a take on some French fuckin' political writer called Jean Genet. But again, is the song about the fuckin' French Revolution? No, I don't think so.
Click to expand...

I was listening to "In the Heat of the Morning" the other day, and I suddenly realized that I've used most of the lyrics in it for bits and bobs over the years! [Q: Which lyrics?] I'm not fuckin' telling you!
Click to expand... 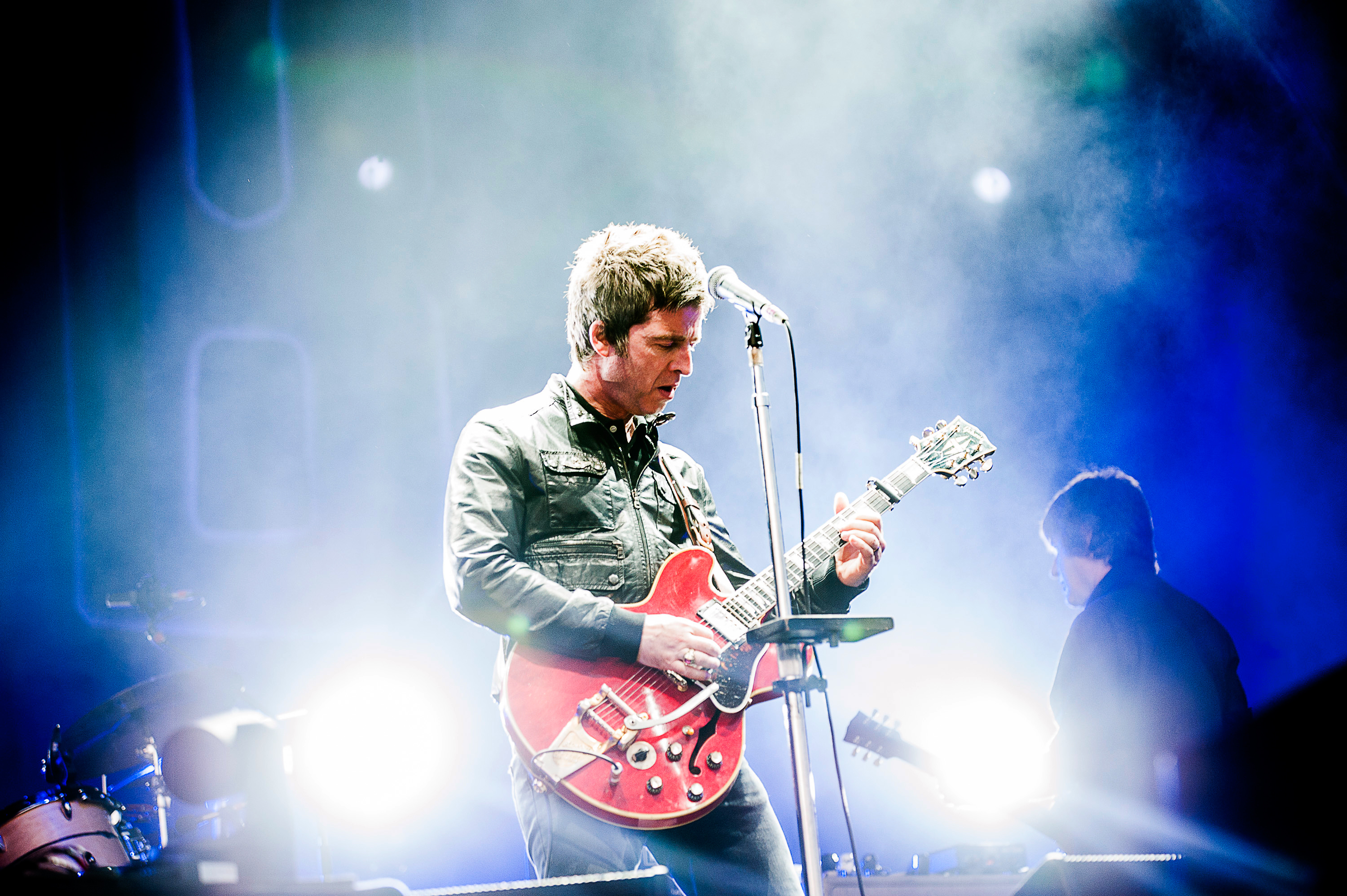 Former Oasis guitarist on a lifetime as a Bowie fan, from ‘Heroes’ to ‘Blackstar’ and more

This is a bit good


This performance is from The Tonight Show with Johnny Carson. It was recorded at NBC Studios in Burbank, Los Angeles, on September 3rd and broadcast on the 5th of September, 1980, during the three week hiatus in performances of the Elephant Man play.

This performance is unique, in several ways. The foremost thing is that it was Bowie’s only live performance of 1980, and only his second (SNL, 1979) since the 1978 tour. And it would be his last until the Serious Moonlight tour, in 1983. Also, the Tonight Show is the first time Bowie had performed Life On Mars in it’s entirety for over six years, having dropped it from the live set on the latter part of the Ziggy tour, in June ’73, despite it being No. 3 in the UK charts at the time. Lastly, it’s the first and only time, Ashes To Ashes was performed live, in it’s day.

Performing with Bowie on the Tonight Show, was a one-off new band. They included:
Carlos Alomar on keyboards and rhythm guitar
G.E. Smith on lead guitar (Hall & Oates)
Steve Goulding on drums (The Rumour)
No info could be found on who the bass player and piano / keyboard player are.
Click to expand... 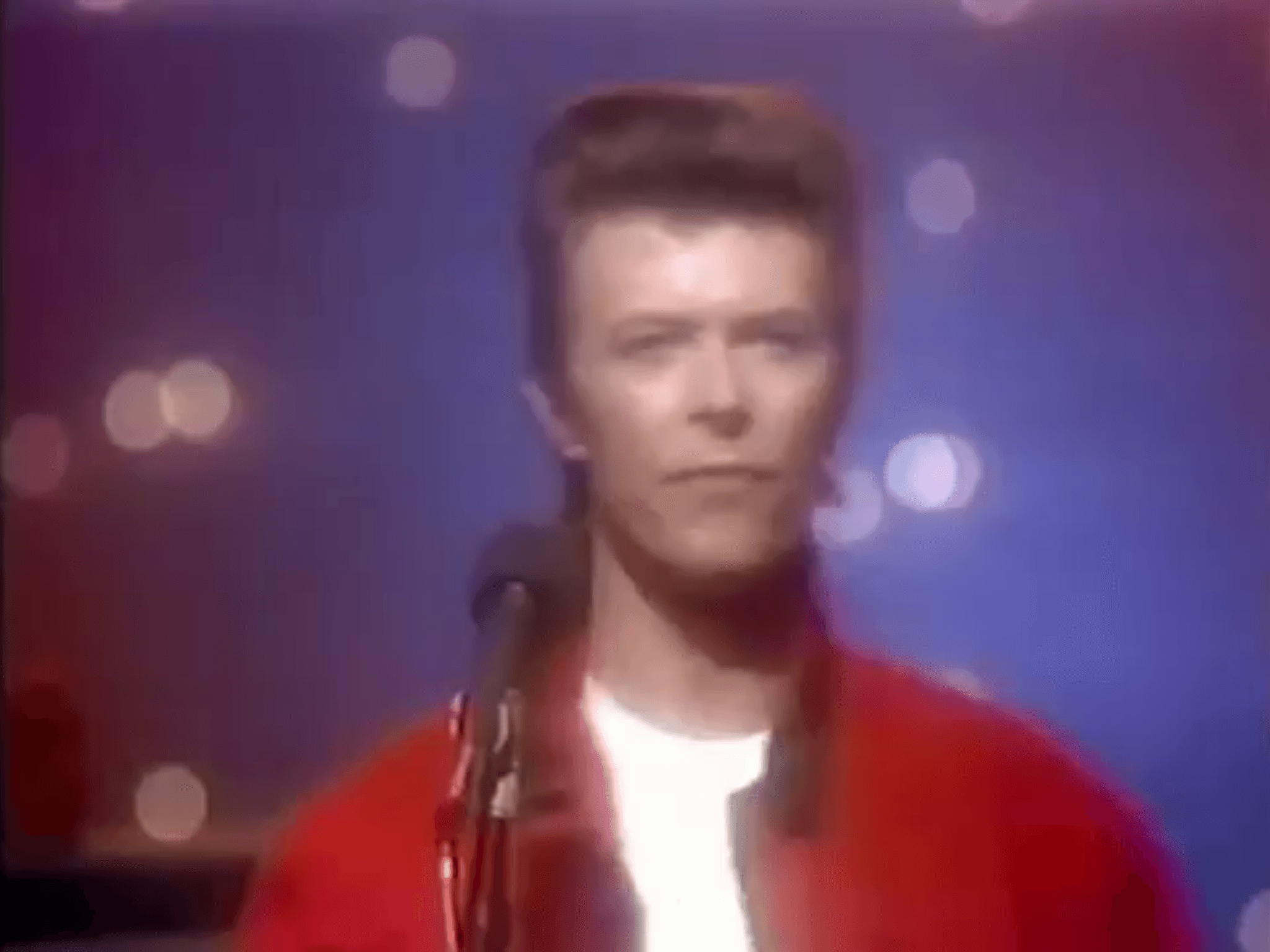 Life On Mars? was originally released in December 1971, on David Bowie’s “Hunky Dory” album. It was subsequently released as a single, in June 1973, at the height of Ziggy-mania. Ashes To Ashes was… 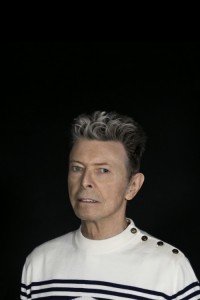