New records - what have you just bagged?

I finally got a vinyl copy of my 2nd favourite Neil Young album, Everybody Knows This is Nowhere

I've waited so long for this. Saw NtR in January in that there London and this was the stand out tune in a set of absolute bangers...I had to have it. Messaged him the next day on FB after figuring it out, and correctly guessing it was one of his own edits.

Saw him in Leeds a month or so ago, "Oi, Nick. When's Gimme More coming out? It's been ages"
"Soon"

Finally saw it appear in the pre-order lists last week so grabbed three copies (not for sharking, two mates wanted it too).

Came today...and fuck it was worth the wait.

Nick The Record , Dan* And The No Commercial Value Band - Ep 4

There's no video of his edit, but imagine this original stretched out to 6 or so mins, with a few generic dubby bits (actually not a fan of those, but needs to do something different to stretch it out I suppose).


The original is not only expensive, but it's actually rare. In the true sense - not even on Discogs at the time of writing! And it's only 3 mins long. So this is a very welcome treat

Picked up this nice slice of Detroit techno not from Detroit, the other day:


And finally got my copy of this I ordered yonks ago:


Sadly left it in Leeds, so haven't had a chance to listen properly yet

And a great 12" from locals Darkhouse Family 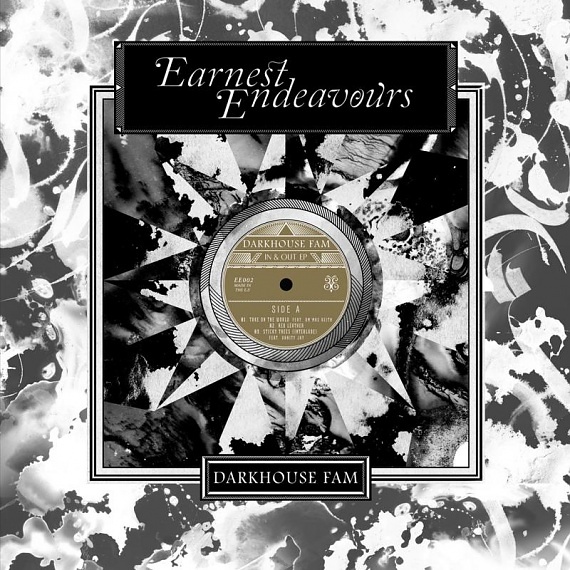 Darkhouse Family – In & Out EP | Sounds of the Universe

Good finds at Vinylhead in Ramsgate, including a near mint copy of The Wailers' Catch A Fire, first press in zippo sleeve. 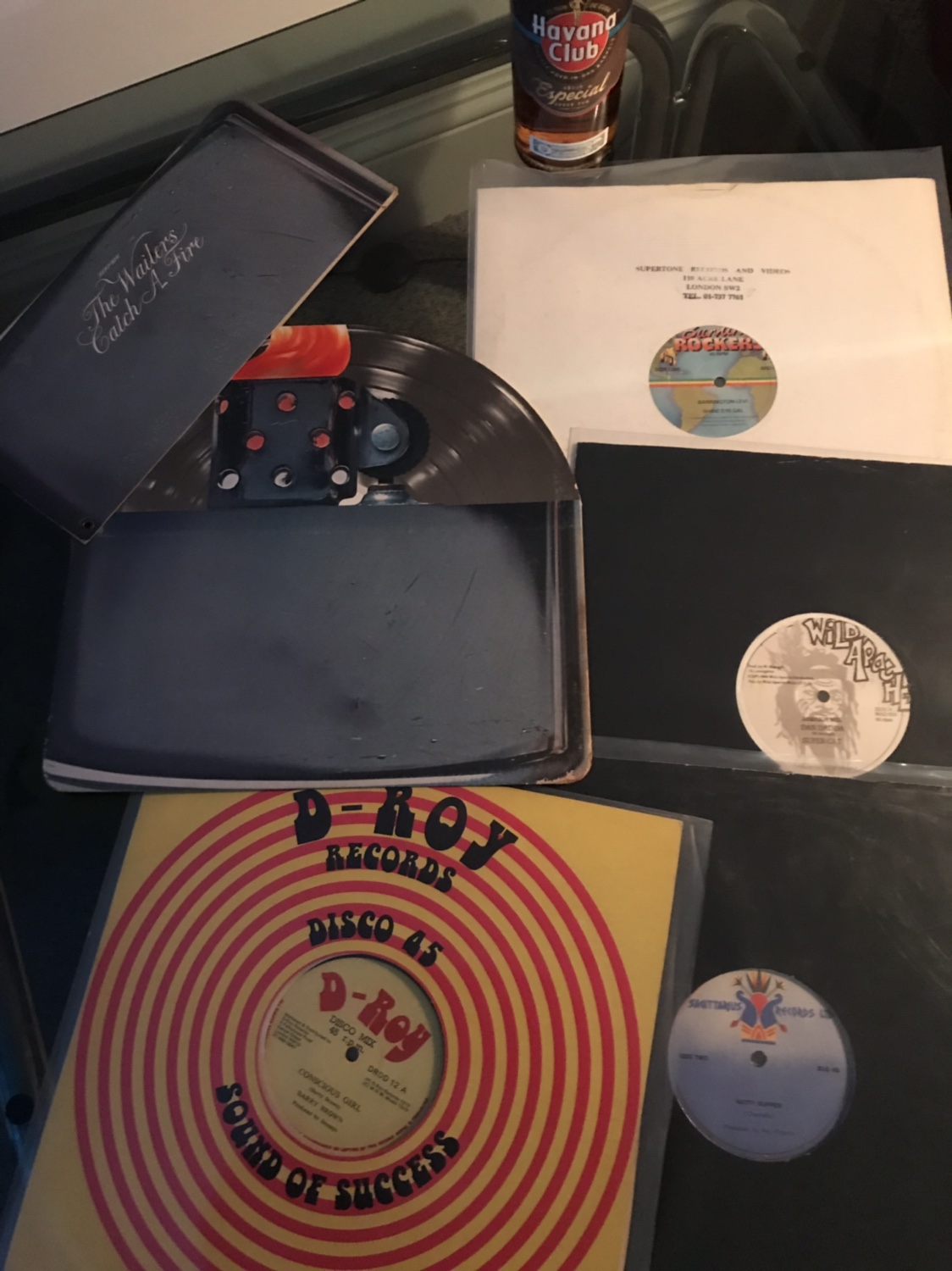 ringo said:
a near mint copy of The Wailers' Catch A Fire, first press in zippo sleeve
Click to expand...

Today I've been spending money I shouldn't on
and have been generally delighted by an Australian copy of this, which arrived the other day, all the way from Sydney

My wife finally got her bargain of the year. She first failed to get a copy in Barcelona (a wild goose after an elusive Spanish dj

). Then a much anticipated package arrived from America. Writing 'keep away from heat sources' on the packaging was obviously seen as a challenge 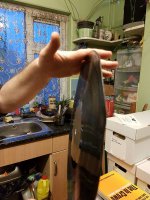 Then in some sort of boogaloo karma came into play and a coverless copy turned up for just five dollars. Looks like crap, but plays loud and clear and. of course, we've already got the sleeve

That's annoying. Caught for customs charges on a twenty quid record. Buying from America is becoming too expensive 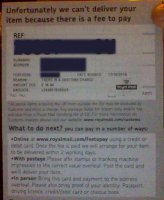 Being alive increases risk of death.


Sadly left it in Leeds, so haven't had a chance to listen properly yet

more women is my fav tune by them.

That's a massive percentage. I don't seem to get caught with customs charges very often. Seems random, the occasional record, but I guess there's a reason you get collared sometimes. I bought a couple of mid 20th century ashtrays earlier this year - heavy and a little pricey, no charges on them at all.
Last edited: Oct 18, 2018

They pull random parcels. Some US sellers are prepared to mark the package as a low value gift, but this one wasn't, which is fair enough. I think there maybe an additional post office handling charge to pay as well. 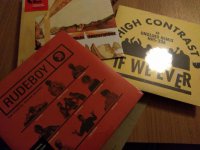 Six 7s and a 12 from discogs and ebay, this week - with Max Infinity getting the most spins on the kitchen deck

Just got Nicolette - School of the World. From the further reaches of the Shut Up and Dance back-catalogue.

and this one in the same bag. Not collectors items or anything. Main cost was postage.

We went into a slight record buying frenzy last week

Soul Scratch - Pacified - been working my through Colemine Records back catalogue. This was on the doormat when I got in this afternoon.
Linda Clifford - Runaway Love (Edit) - already have the 6 minute version on a 7", but it's too quiet to play out.
Dyke and the Blazers - Runaway People - for pennies off ebay
Bobby Bennett - Before I Blow My Stack - 60s R&B stormer from Philadelphia
Dramatics - Get Up, Get Down
Robert John - Raindrops, Love and Sunshine - can't help but smile whenever I listen to this
DJ Genesis - Tribute To Betty "Tonight" - been meaning to buy this for years
Lee Rogers - Go Go Girl - cheap, so why not?
John Roberts - I'll Forget You - We'd agreed no more records buying for a bit, but then my wife announced she'd spent £38 on this, but that it was OK because it was a bargain. Which it sort of is - getting a lot of plays at northern soul nights at the moment and the price is going up rapidly - first she'd seen for under £80 - we can sell it on in a few months (we won't) and so on 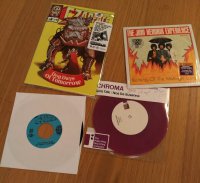 not just me not posting here then!
missed a fair few but got these recently 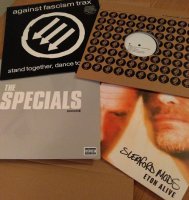 Jerry Washington - In My Life I've Loved - Excello 7"
Maria Dallas ‎– Ambush - even with the postage, it was cheaper to buy from it's native New Zealand
Spanky Wilson – Kissing My Love
Bobby Bland ‎– Lover With A Reputation - so many great Bobby Bland tunes and most are at pocket money prices
Kings Go Forth ‎– The Outsiders Are Back LP - don't know how I missed this when it came out
C.J. Smith, Cold Diamond & Mink - This Is What Love Looks Like! - New release
Clyde McPhatter - I'll Love You Til The Cows Come Home - as yet unpresented birthday present for the wife, who I note is currently bidding for one on ebay

Ground Elder said:
as yet unpresented birthday present for the wife, who I note is currently bidding for one on ebay

and wave to her for me

and wave to her for me

We should catch up sometime two sheds

This from Japan. I do like buying records from Japan as it - often cheaper than buying from Europe, always properly described, well packaged and surprisingly quick to arrive.
And this reissue LP from Harvey Averne

There are some from the Mrs here

Forgot about this thread. Got some nice stuff recently.

Found some house whilst crate digging in Help the Aged... 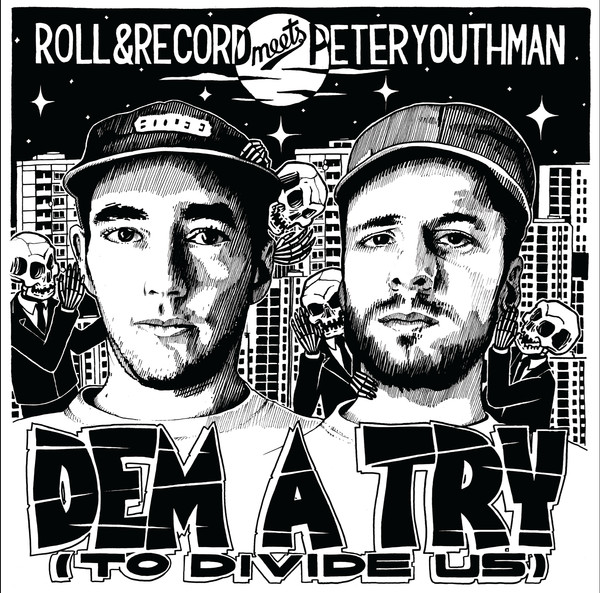 Just back from a trip that took in almost all the record shops of Nantes, Barcelona and Bilbao and a few flea markets. We've come back with just one cheap Ray Charles EP

Must be getting more picky

On the ferry home, as compensation, I bought myself this
First Peruvian record I've ever bought