New records - what have you just bagged?

Is this the bitcoin of records?

Should I invest now or have I missed out?

Got delivered today, 25 years since me original was Borrowed/rob

Have been buying some vintage Acid


and some new acid.

an acid remix of this one. (Justin Cudmore remix) Cant find it the mix on You Tube.

Fez909 said:
Is this the bitcoin of records? Should I invest now or have I missed out?

Paid £17 for mine - was planning to wait round for a cheaper copy, but ebay fever struck

Mrs Elder has just told me that she's meeting a strange man in a Barcelona bar next week, who has a copy of this to sell

Do you use discogs ?
Buy Anita Ward - Ring My Bell (Vinyl) at Discogs Marketplace

Fez909 said:
Is this the bitcoin of records?

Should I invest now or have I missed out?

Both tracks are on the Ray Baretto album Acid, which got a quality reissue last year and is still easily available for new album price.

You should buy that, as it's one of the best albums released in the 60s

sealion said:
Do you use discogs ?
Buy Anita Ward - Ring My Bell (Vinyl) at Discogs Marketplace
Click to expand...

I do, but it's one of those tunes that's always in the "buy...at some point" list. Other stuff always takes priority..And this month I've already defo overspent, so it stays in that list for the forseeable

Spandex said:
Both tracks are on the Ray Baretto album Acid, which got a quality reissue last year and is still easily available for new album price.
You should buy that, as it's one of the best albums released in the 60s

I know, but I only buy original vinyl.

Ground Elder said:
I know, but I only buy original vinyl.
Click to expand...

Tesox posted above was available on the original (1989) for £40+. Reissue on a B-side about ten years later (late 1990s) was only £10. ... no brainer, buy it on the lesser price. The people who you play it to aren't going to care two tiddlesworth about the autencencicity of the original vinyl. They might even be mildly inebriated on drink and drugs when they hear from your hi fi speakers.

toblerone3 said:
The people who you play it to aren't going to care two tiddlesworth about the autencencicity of the original vinyl.
Click to expand...

The people we play to care very much about the authenticity of the records. It is a cardinal sin to play anything other the 1st release. Rare soul/northern/r&b scene is about collecting and has rules that make no sense to the outside world

Drunk discogs...soooo dangerous! Luckily I did alright last night. Woke up to this order:

Money saved by not going out...spent on records getting pissed at home. Not sure if this is economically viable or not. I might need to start going out more to save money

I recognise the ' stayed in, saved x, so therefore is ok to spend y' formula

I've been out and about since Friday week -

Birmingham - wife playing tunes, other dj put on a manic version of Fever, (slowed down here, for the benefit of the Belgiums). Perhaps a little rash, but back in b&b and on Discogs, the inevitable happened.

Bristol - Hurrah! A cheap copy of Les Mccann Plays the Hits. A friend gave me a cd with Sad Little Girl on it a few months ago and I've craved it since. Trawled the charity shops of Clifton, Gloucester Road, Cotham and Park Street. Little doing, other than Billy Fury and Clarence Frogmouth Brown compilations and a pile of random singles. The only one I can remember at the moment being John Barry's James Bond Theme.

Cheltenham - It would be much easier to do this if I had the record boxes in the room with me, rather than relying on memory. In Cheltenham I bought somethings, but can't recall what. I do remember they were from various charity shops and not from the record shop Googlemaps held our hands to.

Swansea - sorry William of Walworth, but Swansea left much to be desired

Arrived, ignorant of the earthquake, but keen to see the sights. Dismal and depressing town centre shopping, until - mood thoroughly dampened - we found a final charity shop as we returned to the car. "Everything half price!" exclaimed the shop assistant repeatedly and then undermined her pitch by adding "and from Wednesday everything will be a pound!"

, but, still a bargain is a bargain.
A Mose Allison compilation for a quid and a random Brazilian 1970s LP, that might turn out to be dreadful, but again a pound.
Betty Wright - Where Is the Love - not at all rare, but still made my day

A Sister Sledge single, the title of which eludes me, but it had caused my wife to Shazam while in a Barcelona cafe earlier in the week, so that one made her day. 25p each. Haven't paid 25 pence for a record for ages

Licking windows on the 303 bus.

They put my selection I played in the record store up, but unfortunately I forgot to give them a name, so theyve used my real name, so won't share publicly.

If anyone wants to listen to 3 hours of me playing my reggae and dub vinyl, give me a shout and I'll ping it through
S

Finally treated myself to a copy of this: Various - Equinox Chapter One 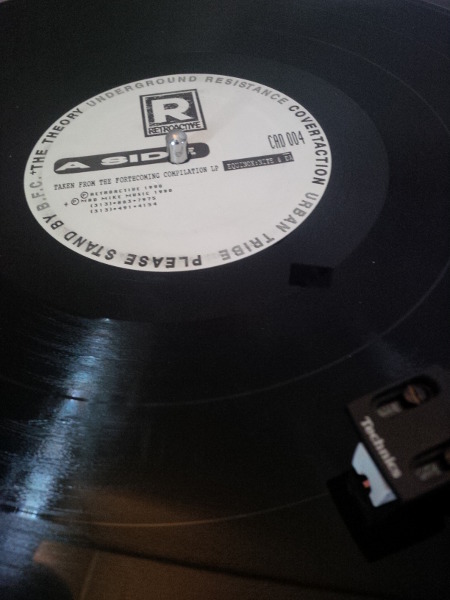 Mainly because I wanted the UR tune on vinyl (only had it on a UR compilation), but actually it turns out the other 4 tracks are pretty damn decent.

Abacus single-sided 12" - pricey for one tune, but it's fucking gorgeous

Recently found (for 20p) an LP of Erik Satie's piano music, and in the same shop (for the same price) a random old LP of some of Louis Armstrong's earliest recordings.

Just the other day I came across a 1957 LP of an Elgar violin concerto featuring a young Yehudi Menuhin and conducted by Elgar himself. Recorded in 1932 so dynamic response isn't what it might be today .. but then Elgar can't conduct his own music today, so swings and roundabouts.
Last edited: Mar 14, 2018


Sharif Lafrey - Turn It Up

Sharif Laffrey - Turn It Up

Bill Withers - Who Is He (Henrik Schwartz Mix)

Finally bought an album that my mates used to play all the time but I never had a copy of. I hadn't listened to any hip hop since the 80's Eric B & Rakim days and was put off by the gangster lyrics, but the rhythms and style of the Wu Tang Clan got me back into it. Great reminder of a specific time with great people.
Bloody expensive now, but most of my hip hop was bought very very cheap so don't mind paying out for something I really want. 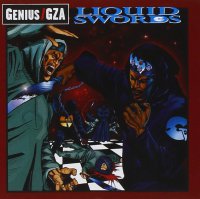 So i went record shopping with my son, he has just started to dj, Jungle and d&b is his thing and he has a good ear. But guess who bought even more tunes

Anyway i got this album and a few other bits

Lots of shopping lately, trawling the shops, record fairs and sales boxes, alongside ebay and discogs. Got a few off our wants list and a few bargains. 7s and EPs that I've bothered to photograph: 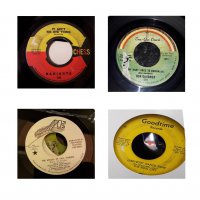 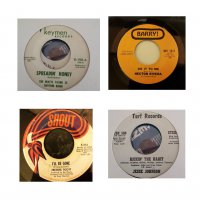 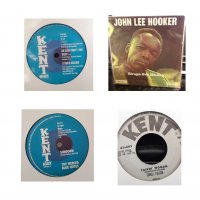 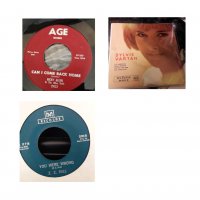 LPs (bought about 20 LPs & 12"s from charity shops, that I'll listen to over the next few weeks), but these are the ones we paid real money for: 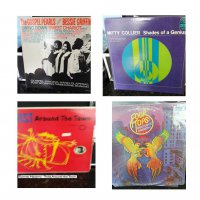 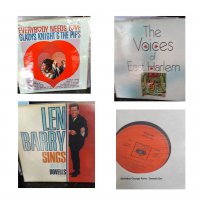 so can't remember or be arsed to type out, but this is absolutely lovely.


Turkish/bollywood disco edits with a bit of acid and just pure funk. Love it

Blimey, there's a lot of record shops in Berlin

So much temptation, but I'm being very restrained. Great way of exploring Berlin - thank fuck for Google maps

I so wanted the Coke Escovedo LP that the man fetched his ladder for. Neither of us could read the price label. 60 Euros. Then he took it out of the sleeve to display its minty freshness. Did I want it? Of course I did, but I couldn't find justification. As I browsed, he made a phone call. 50 Euros. A fair price we agreed, but sensing my wife's presence I had to decline.

Almost had a heart attack when i saw this in my local Oxfam:

Sadly, it's the re-issue from a few years back (I think) but still something everyone should have (and I didn't, or at least not on vinyl) IMO.
L

souljacker said:
Almost had a heart attack when i saw this in my local Oxfam:

Sadly, it's the re-issue from a few years back (I think) but still something everyone should have (and I didn't, or at least not on vinyl) IMO.
Click to expand...