I think mine was probably Lionel Messi. I hadn't really seen much of him prior to the WC, but had heard all these eulogies about him being "the best player since Maradona", etc. I could see he had the ability and he did the odd dribble keeping the ball incredibly close to him, but there was very little end product and his positional discipline seemed to dwindle as he got less and less joy. He didn't play shit, but didn't live up to what I'd been led to believe.

Messi's still young you know. Too have done what he's done so far is incredible....
G

He didn't score goals. But he created the majority of argentina's.
E

give a feck for the feckless

I guess it has to be one of the French team. Not because I was expecting much from them, but because they fell so far below even my limited expectations.

So most disappointing player has to be Ribery.

Torres. A shadow of the player we know he is. Rooney at least has the excuse that he was playing in an underperforming team and probably not in a system that suited him.

Torres was injured tho'.

Rooney, along with a lot of the England team were utter tripe.

Numbers said:
Torres was injured tho'.
Click to expand...

He didn't seem to think so and neither did the Spain medics. But I accept there is a difference between being fit and being on top of your game. Van Persie was the same. Still, it all ended well enough for Torres, in spite of limping out with his hamstring.

Well, Rooney was shite, but I didn't expect much, with him being asked to play a position he'd rather not, and not being really fit. But Kaka was awful, considering the heights he's reached in the past. In full flight and at the top of his game he's unstoppable, but he looked like he didn't have "it" anymore.
D

Three Lions on my shirt

To be fair all of the England team were shite. It would be harder to agree on who Englands top player was in Africa than who was the biggest disappointment
W

Rooney - much hyped in my office as one of the best players in the world, dissapoinyed.

Ronaldo - pretty much the same ...

Four players really disappointed me.... and by some weird chance, they all played for England. 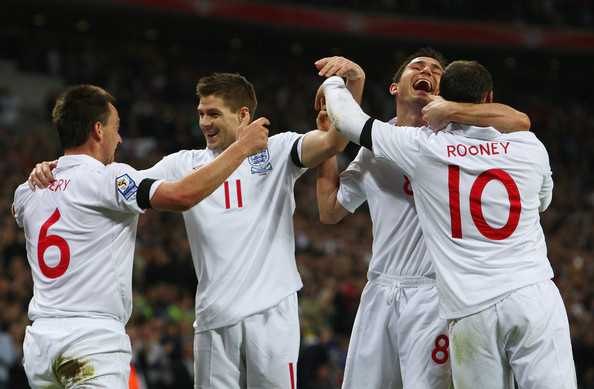 Terry's definitely up at the top of the list.
B

Left Of The Dial

gabi said:
Messi was one of the players of the tournament for me

He didn't score goals. But he created the majority of argentina's.
Click to expand...

Your stats don't line up with those of FIFA's. Didn't he have the most shots on goal in the tournament? Even that sub-Benjani lump Gyan managed to score one from open play.

It's all relative to the hype though and he did have a disappointing World Cup for one of the Top 3 players of al time or whatever shite his PR people spun.

I'm glad a lot of the big names had a shocking tournament. It's a team sport ffs.

How exactly have you "not seen much of" Messi over the past four years. Where were you living? A cave in Outer Mongolia?

urb said:
Four players really disappointed me.... and by some weird chance, they all played for England.

one of Maxwell's demons

Lo Siento. said:
How exactly have you "not seen much of" Messi over the past four years. Where were you living? A cave in Outer Mongolia?
Click to expand...

Firstly I only have freeview, so no foreign league football shown. Secondly, I don't watch the "Champions" League as an admittedly pointless protest at the way it concentrates resources to a select few clubs.

However, I had heard a lot about him and how he would cement his place in the pantheon of WC greatness. For me, he didn't and I was disappointed.
T

How can Terry disappoint anyone? He's perpetually shit.