Grenfell Tower in North Kensington is on fire

Looks absolutely horrendous. Been going since around 1am, whole tower is ablaze from the second floor to the 24th (top floor)

Reports of many people trapped.
J

200 firefighters and 40 engines on scene. Eyewitness reports telling of people trying to attract attention with mobile phone torches from their windows. Around 120 homes in the building apparently
J

Streets around the area have been sealed off and homes evacuated. No known cause so far. Multiple people being treated for a range of injuries.

All the above from Graun, on phone so linking is a pain

Shit! Just seen it on news

.
2am it started apparently?

Just seen this myself. It'll be a miracle if there aren't scores dead. The entire block's razed to the ground by the look of it.
J

Graun is saying fire brigade called at 12:50 I think
J

People trapped is unconfirmed by LFB or the Met btw.

Really, really grim. Hope firefighters can save as many as possible.

Graun reporting people still trapped and visible at windows. Police are advising anybody inside to cover their faces with a wet towel and get out by any means, not to wait for fire brigade

Tower had undergone a major refurbishment completed in May last year

My brain can't handle this shit. If this is landlord health and safety fault, get the fuckers against a wall.
J

LAS have tweeted they were called at 1:29 and have over 20 crews at the scene including the hazardous area response team 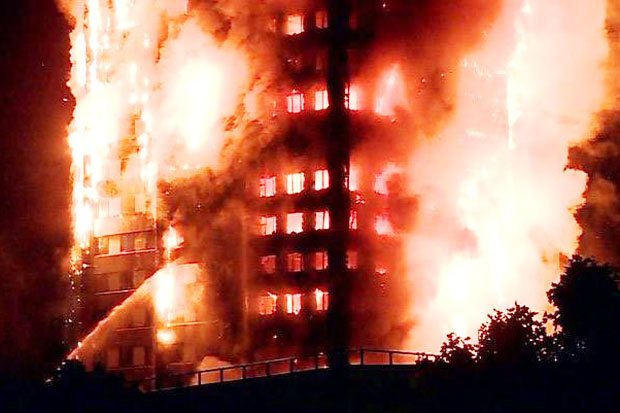 How can anyone else survive? Just hope most of the residents managed to get out.

Surely the building must collapse.


JTG said:
Tower had undergone a major refurbishment completed in May last year
Click to expand...

Grenfell Tower is managed by the Kensington and Chelsea TMO, the Council's ALMO.

LBC just reported that the residents association of the building warned the landlords/owners of fire safety in a blog post.

KCTMO – Playing with fire! - Article referred to, not sure if I can post here so do remove if applicable. 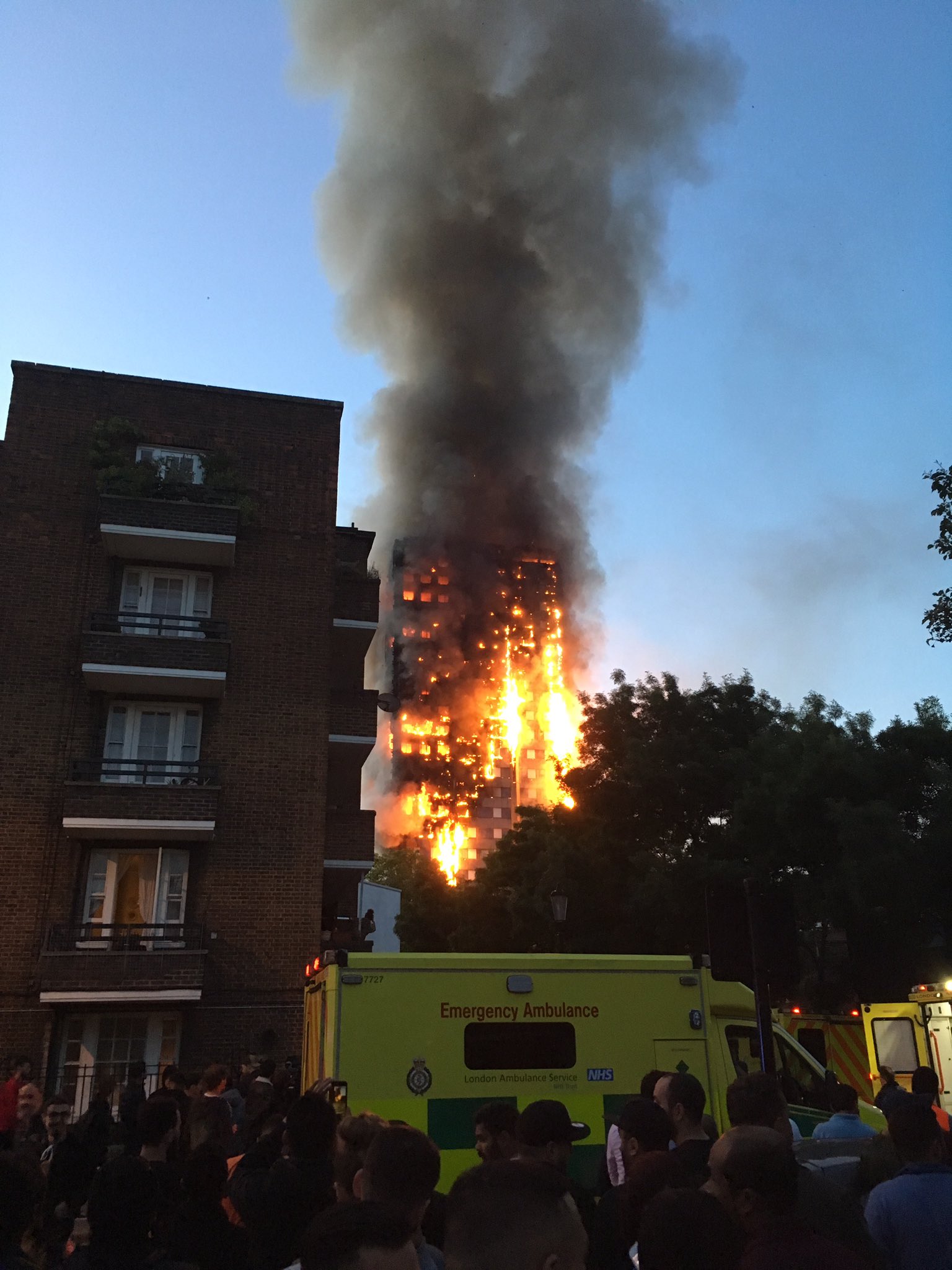 Life is a horizontal fall.

Fucking hell. Sky news just said someone had to leave their disabled family in there cause she couldn't get them out.
This is horrendous.....

Foot's on the other hand

This is less than half a mile from my old flat. The poor community

The TMO are the biggest wankers going. Don't really want to attribute this to a failing of theirs yet but no-one has a good word to say about them locally.

Tony_LeaS said:
LBC just reported that the residents association of the building warned the landlords/owners of fire safety in a blog post.

KCTMO – Playing with fire! - Article referred to, not sure if I can post here so do remove if applicable.
Click to expand...

It is a truly terrifying thought but the Grenfell Action Group firmly believe that only a catastrophic event will expose the ineptitude and incompetence of our landlord, the KCTMO, and bring an end to the dangerous living conditions and neglect of health and safety legislation that they inflict upon their tenants and leaseholders. We believe that the KCTMO are an evil, unprincipled, mini-mafia who have no business to be charged with the responsibility of looking after the every day management of large scale social housing estates and that their sordid collusion with the RBKC Council is a recipe for a future major disaster.

Unfortunately, the Grenfell Action Group have reached the conclusion that only an incident that results in serious loss of life of KCTMO residents will allow the external scrutiny to occur that will shine a light on the practices that characterise the malign governance of this non-functioning organisation. We believe that the KCTMO have ensured their ongoing survival by the use of proxy votes at their Annual General Meeting that see them returned with a mandate of 98% in favour of the continuation of their inept and highly dangerous management of our homes. It is no coincidence that the 98% is the same figure that is returned by the infamous Kim Jong-un of North Korea who claims mass popularity while reputedly enslaving the general population and starving the majority of his people to death.

It is our conviction that a serious fire in a tower block or similar high density residential property is the most likely reason that those who wield power at the KCTMO will be found out and brought to justice! The Grenfell Action Group believe that the KCTMO narrowly averted a major fire disaster at Grenfell Tower in 2013 when residents experienced a period of terrifying power surges that were subsequently found to have been caused by faulty wiring. We believe that our attempts to highlight the seriousness of this event were covered up by the KCTMO with the help of the RBKC Scrutiny Committee who refused to investigate the legitimate concerns of tenants and leaseholders.

We have blogged many times on the subject of fire safety at Grenfell Tower and we believe that these investigations will become part of damning evidence of the poor safety record of the KCTMO should a fire affect any other of their properties and cause the loss of life that we are predicting:
Click to expand...

In October 2015 a fire ripped through another KCTMO property, the 14 storey Adair Tower in North Kensington, causing mass panic and resulting in a number of residents taken to hospital suffering from smoke inhalation. It is reported that had it not been for the swift actions of the London Fire Brigade the consequences of this fire and potential loss of life could have been much worse.
Click to expand... 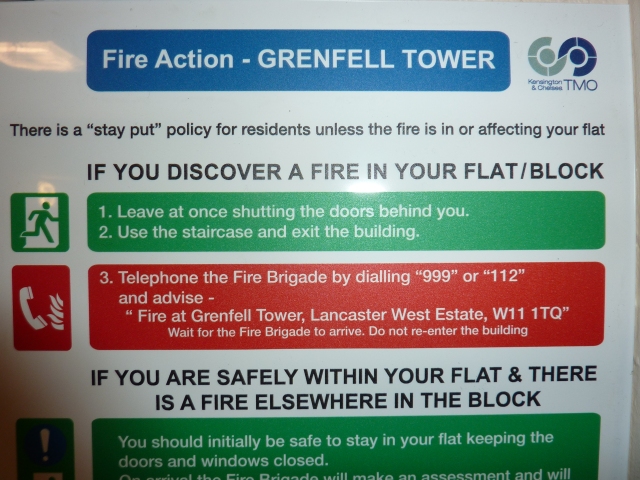 Fuck! I've never seen a block fire of that magnitude. Looking at photos it seems to have ripped all the way through the centre.

Poor people trapped up in that, and at the very least losing their homes