Enjoy some photos from the last women's game of the year.
Fulham Ladies vs Dulwich Hamlet FC Women 0-3 | Better or worse 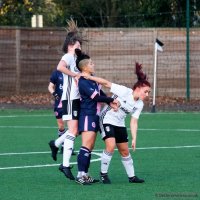 I love that Max has got an identical shot to mine but from a different angle!!

Highlights of the Fulham game. 3 cracking goals!
The 3rd one starting from our keeper and being passed up the field is great

Good summary of the women's team's season to date.

Had anyone got more info on Sunday's 3-3 draw at Ashford (who scored and when, attendance etc). I assume that there's going to be a replay at Champion Hill? There's very little info online...

editor said:
Had anyone got more info on Sunday's 3-3 draw at Ashford (who scored and when, attendance etc). I assume that there's going to be a replay at Champion Hill? There's very little info online...
Click to expand...

The League Cup appears to consist of a qualifying group, but I believe that result means we're eliminated. I wasn't there so I don't know any other details.
A

Al Crane said:
There's a match report on the main club website which will probably provide all the answers

Ah that wasn't there when I looked earlier. Thank you.

Dulwich Hamlet Women travelled to Ashford Town on Sunday, and despite battling to a 3-3 draw they failed to accrue enough points to qualify from the League Cup group stage. Gavin Powers was there w…

Is there a game on Sunday?

Bugpowder Dust said:
Is there a game on Sunday?
Click to expand...

Reserves are away at Clapton, first team may have a cup game away at Leyton Orient but TBC for now.
S

Firsts game has been postponed, the reserves are still playing tomorrow against Clapton 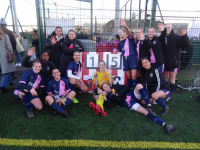 (need to replicate some of that "wall of sound" at Champion Hill on Sunday's
Last edited: Jan 20, 2020

Match report on the women's team's 5-1 defeat at the hands of Dulwich Hamlet Reserves at Match Day Centre, January 19, 2020.

Ollie Jarman Photography. 232 likes. The adventures of a non-league photographer

From the Clapton CFC match report......

Big game for the League leaders on Sunday

It would be great to see a strong turnout at Champion Hill!

2pm kickoff today, free for season ticket holders and only £4 for anyone else

Nivag said:
2pm kickoff today, free for season ticket holders and only £4 for anyone else
View attachment 196721
Click to expand...

Anyone travelling by train to either East Dulwich or Denmark Hill today should check for service alterations. It appears to be replacement bus services on the East Dulwich line and no service on the Overground line via Denmark Hill.

Enjoyable, if frustrating game in the rain against Denham united today 26th January in the League
truly shocking first goal for Denham - Hamlet asleep - no excuses
But Hamlet pilled on pressure some great performances Kiki was WOM in my opinion
(but big fan of Saskia and Liz)
Hamlet peppered the Denham goal with shots in the second half and only saved by Denham defence throwing themselves in front of nearly every shot
Ref missed at least one clear penalty
But Rosie's goal was fantastic - super clean strike - goal bound all the way
should have secured the win

Not sure Denham actually had a shot in goal ? but their defence was a credit to them and fought for 90 mins

Great attendance at 221 and as always ,enjoyable vibe at Champion hill - including mini rabble in TO

It's a pleasure to watch our women's team - if you haven't come down yet, do try
Last edited: Sunday at 6:33 PM

Frustrating to see the goal they conceded from a defensive error.
DHFCW had a few chances to win the game but Denham played well and pressed to not give them much time on the ball.
Lovely goal from Rosie for the equaliser. 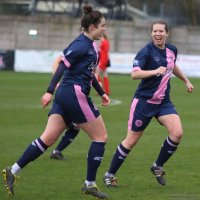 Nivag said:
The reserves are away to T**ting this Sunday at Imperial Fields

That says Tooting Bec, not Tooting & Mitcham United. Bec men's team now plays on the main pitch since the Hamlet groundshare ceased but I suspect this may be on one of the 3G pitches.