snowy_again said:
It's pretty warm at the moment! And surprisingly quiet last night, which makes me think the idea of reopening the peckham lido might be a bit flawed.

I wouldn't use last night as a benchmark - everyone was out drowning their sorrows. I went for a calm-down swim and overheard the following:

"But what will happen to all the delis?"

I've just come back now and it's busy with Windrush swimmers getting ready for tomorrow's Aquathlon.

The 2016 Brockwell Water Polo season opened to an unusually chilly 16·2°C start on Tuesday 31st May. Big thanks to everyone who came and braved the low temperature. Also big thanks to our wonderful coach Jim who kept us so busy none of us seemed to notice how cold it was.

Our next session will be Tuesday 28th June. Book in advance from our online shop. 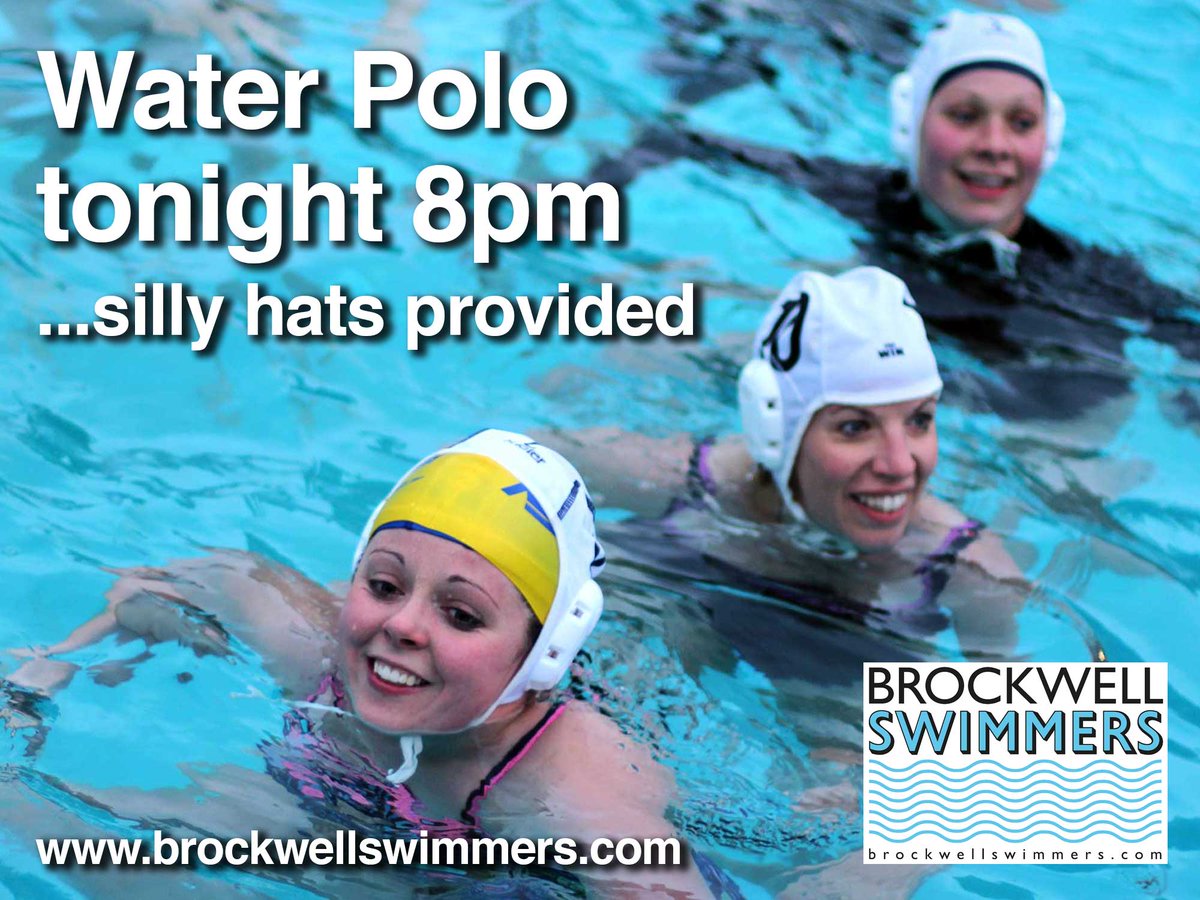 Coming up: ZSL London Zoo to hold its first ever moonlit charity swimming challenge at Brockwell Lido in August

Mostly as it was closed due to an incident in the pool earlier today.

I was there when that happened. It's the second time I've seen someone pulled out by a lifeguard this summer. Thank goodness for the lifeguards. It didn't stop proceedings for that long actually - the queues were long before and still long after.

Went for a swim this morning and you can no longer see the bottom because the water is so cloudy. Quite revolting.

Bearing in mind that the filter system was built for twice the volume of water (the deep end used to be twice as deep) there really is no excuse.

This isn't happening at Tooting, and there pool is twice as big. Why have Fusion Management allowed this to happen?

This is the time the pool should look its best to try and encourage more swimmers to use it throughout the year,... and it looks its worst.

Such a wasted opportunity.
G

Yes I agree. I was away for 2 weeks and on my return was disappointed to see how green the bottom has become. It has been cloudy the last few days but I assumed that was because of the volume of people in the pool. I'm off now that it's raining for a, hopefully much quieter, swim and if it's still cloudy that will be annoying. I hate not being able to see through the water when pool swimming as it's too easy to run into someone else. It's never fun getting a kick in the face or a broken digit.

There have been a lot of angry people over the non-functioning of the showers etc - especially the spa/gym users. The sorts of things I've heard new visitors say is ... "This place is a shambles". Such a shame really. Also the facilities on the dry side are really run down, given it's their flagship premises. Even when functioning, there are always quite a few showers out of action and they very often smell of urine.

I really do love the lido and there is a lot of good stuff about it, but it is annoying to see this kind of thing.

Had my first swim in there in ages a week or so ago. It was turning then. Very Olympics 2016.
G

Well part of the pool is now closed because the water is so cloudy it's too dangerous for the lifeguards to be able to do their jobs.

Crikey. Just when it is needed the most too.

Saw 4 people swimming before 9am on saturday morning

My hands turned to ice just running around the park.

Here's a comp worth entering!

DJWrongspeed said:
Saw 4 people swimming before 9am on saturday morning

My hands turned to ice just running around the park.
Click to expand...

Yikes. I checked yesterday and the water is just 3C according to Twitter.

And one swimmer not in a wetsuit... changing rooms have been refurbished

Has the winner been announced anywhere? I entered this but didn't win, alas

BoxRoom said:
Has the winner been announced anywhere? I entered this but didn't win, alas

Sorry to hear that. We had hundreds of entries! My mate takes care of the comps so hopefully he'll make an announcement soon.

editor said:
Sorry to hear that. We had hundreds of entries! My mate takes care of the comps so hopefully he'll make an announcement soon.
Click to expand...

Will be well jealous of the winner, was hoping for this so I could commit to getting fit

I cycle down to swim before work daily - and the last few days the bike stands have all been full by 7am.

Despite membership, Brockwell will be too hot and crowded for us today with the littl'uns. We're Tooting bound.
E

Greetings from Ilkley lido! No queues but busier than I've ever seen it.

Edie said:
Greetings from Ilkley lido! No queues but busier than I've ever seen it.
Click to expand...

ooh, I've been planning to go there, maybe next weekend...
E

killer b said:
ooh, I've been planning to go there, maybe next weekend...
Click to expand...

It's well worth it. Spectacular view of the moors. Plus a proper Art Deco caff that does chips and ice cream (no cards). Recommend.

looks amazing. I want to come. Brockwell's nice but nothing like that, no horizons to gaze over.
K

I went to a lovely lido in Ingleton last summer - much smaller and less grand, but a heated pool so useable on days when it isn't super hot...
K

killer b said:
I went to a lovely lido in Ingleton last summer - much smaller and less grand, but a heated pool so useable on days when it isn't super hot...
Click to expand...

That looks nice, but not a patch on Ilkley for the views and size. Ilkley is unheated mind, so it's brisk. There's an indoor heated pool but they close that on hot days as it's the north.
You must log in or register to reply here.
Share:
Facebook Twitter Reddit WhatsApp Email Link
Top