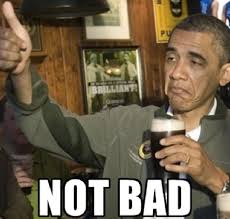 Niall Quinn (The Hitchers, The Pennywhores, Theme Tune Boy, Half Arsed Half Biscuit, replaced by Dolores in that other Limerick band)

Stars Of Heaven. 'Alt-country' when it was neither profitable nor popular.


Pet Lamb. After putting out Sweaty Handshake, a record cobbled together from self-released EPs, their label refused to release their proper album. Why they signed to Roadrunner remains a rock'n'roll mystery.
B

Quinn wrote strachan so is clearly on the side of good vs evil.

Only just noticed this thread, not read it all yet, has anyone mentioned Bagatelle?

When I worked on pirate stations during the 80s in Ireland, we used to play Bagatelle a lot, I love these two tracks.

And, I learnt The Pogues could drink us all under the table, fuckers.

A House, The Blades, Sinead O' Connor, Rory Gallagher, Moving Hearts/Christy Moore, Microdisney/Fatima Mansions, Van Morrison - and after seeing them live the other night - The Hothouse Flowers. Seriously impressed, I was.

Also got a soft spot for Auto Da Fe, In Tua Nua, The Subterraneans and The Adventures.

boner at the ready

A successful virus clinging to a speck of mud.

A successful virus clinging to a speck of mud.

ska invita said:
Theres a bit of reggae/dub out of Ireland...Irish Moss Records?....Cian Finn is probably the best out of Ireland Ive heard
Click to expand...

Theres a vocalist called Ras Tinny who works with Alpha Stepper a bit - met him once, a gentle giant of a man, and turns out he has a small holding somewhere right on the west coast of Ireland - must have Atlantic weather bearing down on him regularly. Just had a look for a little youtube video and this one was probably shot not all that far away from his patch.


Posted in the video description:

"We shot this clip in Ireland near Céide Fields, the oldest known field systems in the world, over 5500 years old! A beautiful and unique Neolithic landscape of world importance. The remains of stone field walls, houses and megalithic tombs are preserved beneath a carpet of peat over several square miles. This is the story of a farming community, their organised society, spiritual beliefs, and their struggle against climate change. These people arrived in a land with a substantial pine forest canopy, this was cleared to provide access to arable land and to provide building material and firewood. For a time the people prospered, but eventually raised bogs developed and the arable land transformed into barren and unusable land. It is believed that the removal of the tree canopy helped cause this change. The substantial tree cover prevented most of the rain reaching the ground, but with the removal of the forests, all of the rain reached the ground and, it is believed, leached the earth of its nutrients.

Today, just some of the associated effects of anthropologically related climate change are the variability of rainfall and cyclonic patterns we've seen in recent years. For many people across the world variability of rainfall is already having a devastating effect - intense heavy rainfall leads to flooding; breaks in the monsoon of a week or more lead to water shortage and agricultural drought. In short, if we keep chopping down the forests and mashing up the Earth our species is in deep sh*t. Maybe we can take a lesson from the people of Céide Fields, and our ancestors throughout history, we don't have to look far to see great civilisations come undone by climate change, Rapa Nui, The Akkadian Empire, The Indus Valley, The Minoans, The Anasazi, The Khmer Empire, The Maya Civilisation and so on... climate change is natural and inevitable, but if it is true that humans are causing the climate to change 170 times faster than natural forces then we need to do everything we can to reduce that number, and quickly. Big up to all those who are studying and working towards sustainability, you are the true heroes of our time. "

Fontaines D.C. Their debut album from this year is excellent.

stavros said:
Fontaines D.C. Their debut album from this year is excellent.

Yes! Was gonna say but you got there first. I love them

Did I mention The High Llamas?

Five Go Down To The Sea?

SLF. Back in the early days. Not now.

contents may have settled during transit

Fontaines are great. The Murder Capital - not a million miles away, and another of my favourite albums of last year.

It's all good, man

Banned
Any band with Luke Kelly. Arguably the greatest folk singer of all time.

Anyone mention The Chieftains? Still going strong and heading off on tour this year.
C

billy_bob said:
Fontaines are great. The Murder Capital - not a million miles away, and another of my favourite albums of last year.
Click to expand...

They're not as good as Fontaines, but this was one of my favourite songs of last year:

contents may have settled during transit

stavros said:
They're not as good as Fontaines, but this was one of my favourite songs of last year:
Click to expand...

This'd be my pick of the album. There's something a bit more goth and a bit less punk than Fontaines about their sound, but I think they have a similar pissed-off energy.

Listening to this now - compilation of (I think) Northern Irish bands from 1978:


Never heard of any of them (none of the famous NI bands are there), but it all still works 42 years on.
L