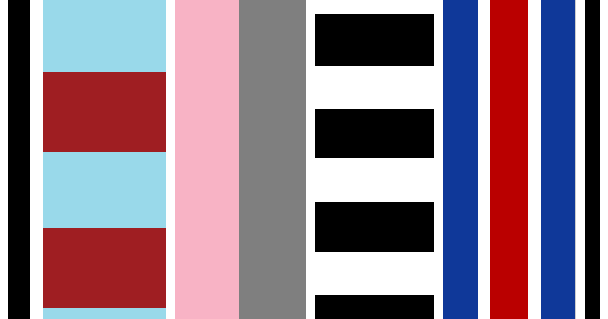 As some of you will already have seen, we have now gone public on the next Hamlet Historian. This booklet studies why DHFC were able to emerge as the top team locally, through the study of the key teams who went before them

Please be aware this is 60pp not the usual 40pp. Also it is a small print run. We know what the Hamlet based ones sell (not many) so have slashed the print run for this one. If you want a copy, please buy it sooner rather than later.

There is a sister publication, studying the failure of a little known professional team from Nunhead, Southern United, to follow. They briefly rivalled the Hamlet locally.

Theirs is a remarkable tale, including the Russian navy helping to end their first FA Cup campaign, points deductions, sine die bans, bans from all footballing activity and numerous financial crisis.

Ultimately the FA stepped in and disbanded Southern United before their third season was even up. One of their leading figures in the early days was the publican at the Crown & Greyhound.

Not being about Dulwich, this booklet will not be branded Hamlet Historian. Subject to proofreading going ok we hope to launch mid March/April. All profits will again go to 12th Man. (Release will only occur after Before the Hamlet has broken even.,)

Looking forward to this greatly

If you mean the club that adopted the name Nunhead in 1904 - there were earlier clubs of that name - I'd agree with Pink Panther.

Are these out yet or imminent?

EDC said:
Are these out yet or imminent?
Click to expand...

I believe they will be on sale next Saturday, presumably from or close to the 12th Man table.
R

They were due in to Jack from the printer yesterday. Assuming the print quality is good etc, they will be on sale this Saturday.

Jack expects to be selling them on the day of release. He will be near the main turnstiles entrance from around 14.00 I believe. After that, any remaining, will be sold on the 12th Man stand

Please note as this is a fund raiser for 12th Man, and we have no idea how a booklet not about Hamlet will sell, this is a much smaller print run than the other stuff we have done. (There's no profit in paying for hundreds of copies you can't sell.) Anyone who wants one is advised to buy at the first possible opportunity. We had to guess possible sales and have erred on the side of caution to avoid potential financial losses. Hopefully we guessed about right, we shall see.

I need a couple so I hope that helps. I can’t come next week so any chance of reserving them please?

EDC said:
I need a couple so I hope that helps. I can’t come next week so any chance of reserving them please?
Click to expand...

It's probably best to email Jack directly. His contact address is on the Hamlet Historian blog: jackmcinroy@yahoo.co.uk

He told me that 25 sales are needed to break even, but I've no idea how many have been printed in total. Maybe 50?
B

EDC said:
I need a couple so I hope that helps. I can’t come next week so any chance of reserving them please?
Click to expand...

If you can’t reserve I will post them through your door for you. You slag.

Jack might even do this for you if you are around but can’t make the game.
R

100 have been printed. We don't expect it to sell out on day one however, we have no real idea how many it will sell as nothing similar has been sold to date.

To re-assure people, 12th Man will make good profit if they sell out. (I believe break even is a little lower than 25 from memory.) 12th Man will have more than enough profit to fund a re-print if there is demand. (Which would then make them more profit so I'm sure they'd do it )

The only time that won't be viable if we literally only need two or three copies as much of the cost with printing is the first copy.
R

Just to say that Jack has confirmed receipt and that at first glance the print quality looks good. This should be available on Saturday.
R

Just bumping this as a reminder that the booklet should be available tomorrow.

It is easy to assume that Dulwich Hamlet were always going to be the top football team in Dulwich. This is far from true. Indeed, Dulwich Hamlet were nearly founded as a rugby team. Even after the round ball code was selected, there were plenty of other teams that could have snuffed out the Hamlet’s chances of rising through the ranks locally.

Dulwich F.C. were once one of the top teams in London. Lyndhurst were the first local team to win a County Senior Cup. Old St Stephen’s couldn’t generate a support base and departed, which proved to be very good news for Tottenham Hotspur. London Caledonians flew higher after leaving Dulwich than whilst here. Townley Park seem not to have been too bothered about progressing.

The booklet rolls back the years to the days when international sportsmen played on land that is now local resident’s gardens. The booklet also covers other codes of football where relevant. As such, among the forgotten tales you will find details on the F.A. Cup winning team who moved to Dulwich, the day Aston Villa brought a team full of F.A. Cup and League Championship winners to play behind a pub in Dulwich, why Pa Wilson probably saw Huddersfield Giants R.L.F.C playing in Dulwich and why a long forgotten Dulwich club was, unintentionally, important in the foundation of Rugby League.
B

EDC have you reserved your copy for your own collection?

B.I.G said:
EDC have you reserved your copy for your own collection?
Click to expand...